My name is Professor Sir Elbert Louche, and it is a great honour to have been invited back to the Beans to deliver this third annual State of the Beans Address.

I and my colleagues at the University of the Internet have analysed the Beans carefully throughout 2016 and subjected our findings to a number of scientific tests, including (but not limited to) dipping them in sulphuric acid, growing samples of them in petri dishes, and of course pushing bits of magnesium into the holes and setting fire to it.

Our findings are not good. A total of 94 posts were made to the Beans in 2016, two fewer than the previous year, and the total number of comments was also down by about 50, standing at 1,383. It goes without saying that this is simply not good enough. For this reason, you will find that there are no complimentary beverages or nibbles at this year’s State of the Beans Address, and the mandatory seminar following this talk will be an actual seminar this year, and not held on a bouncy castle in the main courtyard as before.

Here is the performance of each individual member.

Ian made 41 posts this year, an improvement of six on his total for both 2014 and 2015. For this reason alone he is the winner of the Beans 2016, and will be the only member not fined a significant amount of money. He also will retain access to the biscuit cupboard in the staff room. Other members will have their keys to the cupboard taken off them.

Chris made a solid start to 2016, but had a lot to live up to, having scored a bean for every month in 2015. The challenge proved too much for him, and he made only 45 posts, missing out on posting anything at all in December. His personal file has had the word “inadequate” stamped across it in red letters and he should expect to receive anonymous hate mail from myself and the rest of my team for most of the coming year.

In the early part of 2016 Kev wrote a long and emotional letter to the Beans management, explaining that he was about to spawn a miniature clone of himself and requesting paternity leave. Unfortunately there is no Beans management higher than Kev and the letter remained in the post tray in the office for most of the year. His paternity leave is therefore not considered to have been approved and his total of eight posts this year will not be forgiven lightly. A message has been sent to Changlet asking if he wishes to take over his father’s account.

In summary, then, 2016 was a disappointing year and everybody involved in the Beans has been in some way responsible for these disastrous results, but as Ian has been the least disappointing overall he has won this charming commemorative goblet. 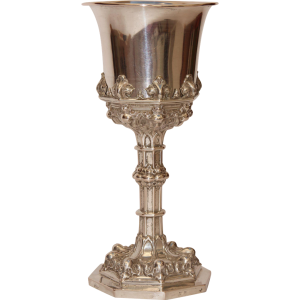