I have a mild infatuation with comics and Kevin’s favourite, the graphic novel, but I have to admit that I was completely bamboozled by the superhero commonly known as ‘Car Man’. 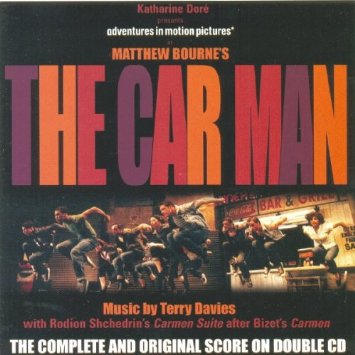 From what I can gather his special powers appear to consist of being handsome, oozing broodiness and the ability to seduce both men and women. He likes to walk around without a shirt on on hot summer days and stir up trouble. I expect he’s one of those troubled superheroes that keeps cropping up, with a tragic back story that is only hinted at rather than fully explained. That’s why he keeps dancing. Why does he keep dancing? He’s troubled. You see, it makes perfect sense.

His misfortunes continue when he struggles to hold his drink down, a bit like me after a pint and a half of cheeky dragon, and fails when trying to emulate his hero, Tyler Durden, from the popular book and film ‘Fight Club’ during his own fight club. The Car Man cannot live with himself knowing he sucks at the one thing that should ultimately prove him as the manliest man alive and thus gets shot by some bint on a staircase. In his final moments, the Car Man wishes he had better super powers because broodiness cannot stop a bullet. That’s why I always walk around with a pan lid strapped to my chest.

I don’t think that children will ever want to be the Car Man because he’s not fun like Spiderman or has gadgets like Batman. Ultimately he will struggle for mass appeal which is why you won’t see me with his confused, sweaty face on my lunchbox.