After last year’s expedition to Finland, in order to drum up some of our European cousin’s interest in the Beans, I decided that a further visit should be arranged in order to follow up some of the key points of interest. Indeed, some might say it was quite reckless of me to fly out to somewhere I had never been before, without any financial contribution from the kitty, with barely enough coppers to rub together to warm a vole’s index finger with, and so on. To those some what I offer is a non-sensical response, scatted with expletives and a rude drawing done on the back of a napkin.

Anyway, the main point of this was to explain my most recent discovery.

It seems as though our exports are doing much better than we believed them to be. Even though they are quite clearly blatant knock-offs, Smidge Manly has been seen promoting and advertising a wide variety of different items and services. His face has been adorned plugs for veterinary clinics, hedgehog windmills, fussy hooting clocks and even plugs. His viso/volto can be seen cheering on cyclists at the Toot De La Monge in July, handing out beef jerky to tourists by the Fleecox Bantymudge and even yelling for encores at the most recent Scanty Fox Cubs tour dates.

This has been my favourite so far: 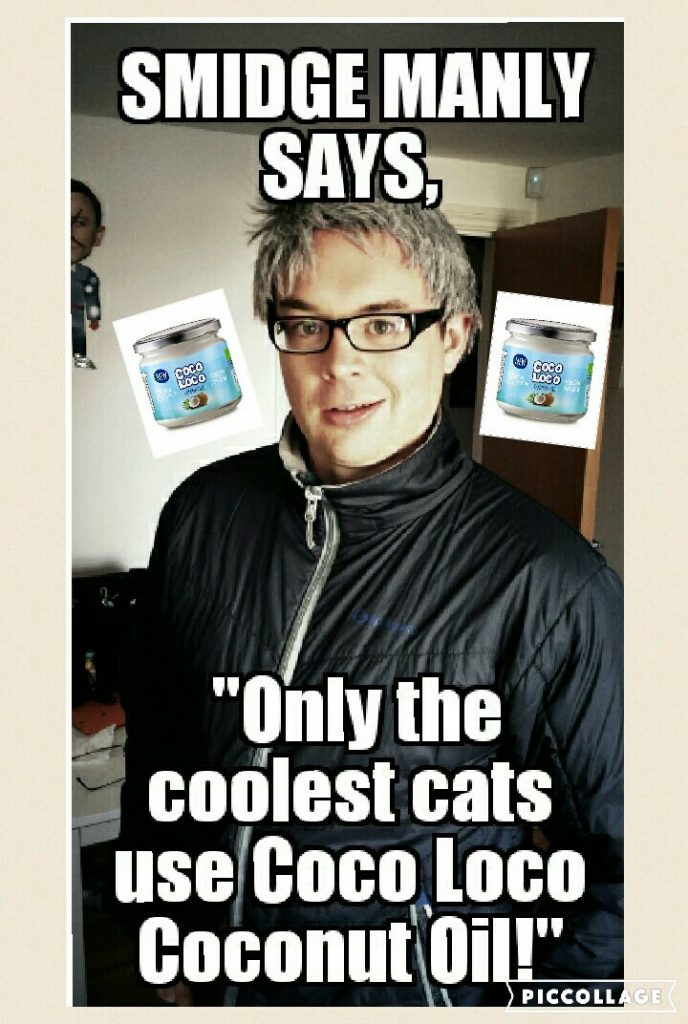 Not only are these posters on most of the abandoned buildings in Ivalo in Finland’s town centre but some people have taken to stealing the unblemished copies, framing them and proudly displaying them in their living rooms. An unmitigated honour you’ll no doubt agree. The company even hired a sound-a-like for rolling radio adverts, mostly in broken English, to be wielded about the general public’s ears for the best part of the working week.

If this carries on, who knows? The real Smidge Manly may even be asked to advertise actual real life living things. He could become a local celebrity and have his own midnight questions and answers show. He may even get his certified gold double LP ‘Double Bugger: A Selection of Manly’s Musical Mutterings’ covers album into the European charts.

The word on the street is ‘pumpernickel’.