A Breath of Fresh Beans returns for its monthly instalment with what is possibly our longest ever episode!
Inside we discuss: 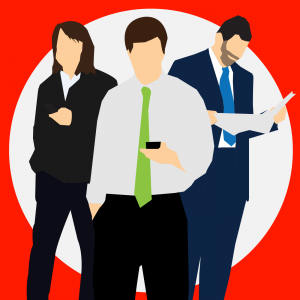 It started with a casual remark in a conversation and, as always, it leads to stuff you didn’t know you wanted arriving in the post.

I’m talking of course about sugar cubes. Who knew they were still a thing?

I for one thought that they had been relegated to the winds of time by things like good hygiene practices and little paper packets, but how wrong I was. Imagine my ‘delight’ as two whole boxes of the things arrived at my door, accompanied by the now customary ring of the doorbell by the postman too lazy to actually push things through the previously acceptable flap.

I believe Chris’ package arrived first, in what can only be described as ‘inadequate’ packaging, (a plastic postage bag) looking mostly like a box of sugar, with some cubes left in it. Ian’s exotic brown sugar came next wrapped nicely in bubble wrap and in a box. (I’m assuming it was Ian as it was addressed to Kevin ‘Sweet San Hose’ Hill).

When I explained the arrival of these to Sarah, she declared that Ian was the winner as she used to sneak eat the brown sugar cubes at ‘Auntie’ Betty’s house when she was little.

following on from this, anyone who ‘pops round for a cuppa’ should now expect to find tea served on an overly flowery tray, with a little bowl of mixed sugar cubes ready and waiting.

Not that anyone puts sugar in tea these days.

During lockdown many of us have taken up new hobbies, many of us have refined existing ones and some of us have just tried to get through it without murdering everyone in close proximity due to extreme cabin fever.

In our house the conservatory has become the kids ‘art & craft studio’, by which I mean its the easiest room to hose down when all the paint and play dough is finished with. Its also where the kids love of doodling and colouring has been honed throughout lockdown. Last week I decided to clear up the massive pile (about 2 reams of papers worth) of doodles, drawings and scribbles that have amassed in the box that has pens and stuff in. It was long overdue.

Most of it went in the bin, I saved the choice articles, the pictures which showed real flare and effort, but in going through the pile I rediscovered some gems from not only the kids but me and Sarah too. This week I present to you… Dr. Lips.

I have a vague memory of drawing Dr. Lips, but I have no idea of his backstory. I also have no idea why he’s hanging out with Mr Strong and one of the Chuckle Brothers.

Do you know Dr. Lips? Perhaps you met him in an Aldi carpark once? Maybe he checked you over that time you though you had herpes? Let us know in the comments.

A Breath of Fresh Beans returns for season 4: The Skype Year(s).
In this glorious return the three of us discuss:

We all know Harvey can be a bit of a handful at times but there’s no need to go writing that all over people’s shop fronts now is there?

Well 2020 shat itself eyewise early on and never really recovered. Towards the end it’s bucked up it’s ’chude somewhat and approved a couple of vaccines and avoided a no deal brexit (Is a shit deal better than no deal? Probably. Anyway…), but loses points for chucking in a new strain of virus at the end, just to ensure 2021 starts with a (un)healthy dose of chaos.

Anyway I for one am glad to see the back of this year and hope we don’t see the likes again. Here’s an early happy new year cheer from the wee dudes to pick up the spirits. Chin up eh what!

Everything is chaos.
Everywhere is dusty.
Nothing is finished.
None of it is entertaining.
(Not even tap-saga-esque).

I tried to come up with something fun but I failed.

Instead I’m going to recommend that you both go watch Aunty Donna’s Big Ol’ House of Fun on Netflix. Its the most I’ve laughed in ages and its fucking brilliant.