In the second installment of Crazy Religos, I’ve decided to bring you the wonderfully insightful pamphlet, “Who Really Rules the World?” from the Jehovah’s Witnesses. If you didn’t think they were a bit odd for spending time going and bothering folks on their doorstep to talk about their imaginary friends then maybe you’ll be fine with the conculsions in here, but for the rest of us…

END_OF_DOCUMENT_TOKEN_TO_BE_REPLACED

There was a time, quite a while ago that Ian (or possibly John) used to find/accumulate/aquire bizzare religious pamphlets. For some reason they decided that I should be the recipient of these. I still have two of them. This is the first one, which was given the forboding title of ‘Afraid of being left behind?’.

END_OF_DOCUMENT_TOKEN_TO_BE_REPLACED

Back in April, we learned that Mrs Miggins was redeveloping the heart of her enormous property empire. 75 Farringdon Road, the fine property where either Ian or I fell head over heels in love with the lucrative old crone, had the builders in.

I’ve been back to see what she’s done with the place, and I have to say I’m shocked. Take a look for yourself.

A respectable office building, you think to yourself. A fine example of the tasteful architecture and prime locations that have made Mrs Miggins the property magnate she is today.

I thought so too. But then I noticed something. Have you seen it? Look closer.

There it is. Miggins has handed her shiny new building over to Richard Sisskind of the Crossland Otter Hunt – the only UK hunt that chases otters across land and, presumably, then kills them in horrible ways.

Otters don’t deserve this. Otters are lovely. And I demand to know why Mrs Miggins – once the love of my, or maybe Ian’s, life – has taken on this brutal new pastime.

One thing is for sure. We will not be moving the Pouring Beans office to 75 Farringdon Road. No need to send me those fivers.

Put them down right now.

Take your lump of grapes and put them back in the fridge. Stop enjoying them. Do you realise you could be putting your life at risk by eating them at the wrong time?

I know that grapes may look very harmless but that’s what they want you to think. Vicious killers they are. Well, maybe not killers; vicious little things they are. If you start pushing them down your face hole then all manner of things could go wrong. Let me ease you into the potential minefield of grape eating by telling you what you need to know. Here’s a helpful guide:

Please listen to my advice as I have been studying grapes for years now, almost decades, and I know what I’m talking about. I am currently a ‘Food Botherer’ however it has come to my attention that certain people may be doing it wrong and I take great care in handing out useful information when I can.

The survey results are in. The winner’s name is being carved onto the award. Pomegranate is the most infuriating fruit. It’s a fact. You know it’s true. 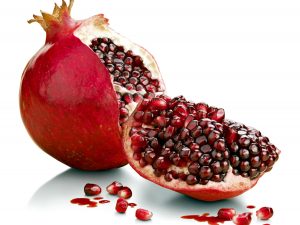 On the other hand they do taste nice.

Most of my posts for the last couple of weeks have been about food, so I thought I’d try something different and tell you all a wee story about a milkshake: 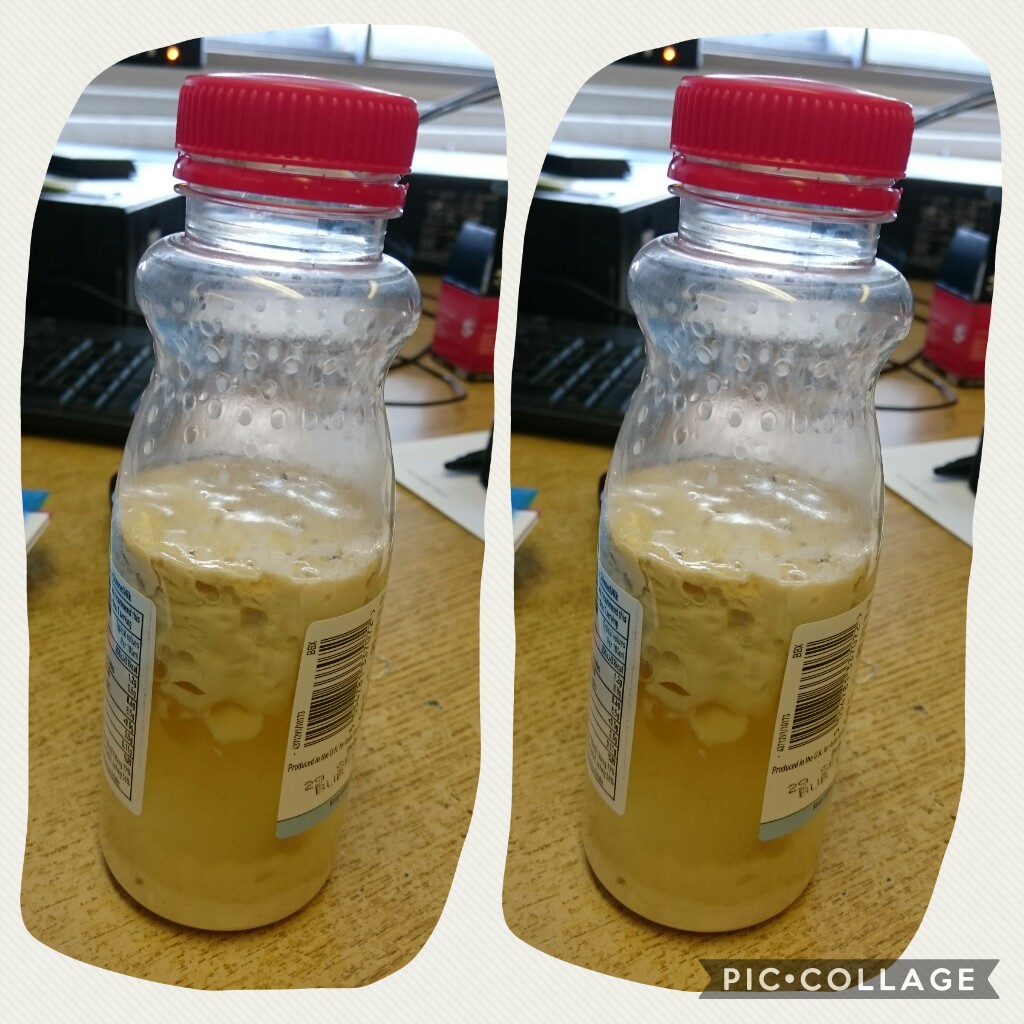 Once upon a time there was a handsome, kind, gentle person called, erm, let’s say Kieran. He decided that because he’s such a nice person he would buy his friend a drink at lunchtime and took a stroll to Asda to peruse the choices for sale.

As it happens, it is funnier to buy a weird drink than a normal one. It was a crying shame that the awful mango and passionfruit Frijj drink was sold out so, as a second choice, it seemed a good idea to pick the cherry bakewell milkshake. At sixty pence how could he say no?

His work friend was “delighted” to receive such a “generous” and “tasty” gift. He was so “delighted” that he only took two sips and decided it was too nice to drink, and left it on the side of his desk over the weekend.

How surprised the two colleagues were then to return on Monday to find that the milkshake had turned not only into a solid but some kind of funky, disgusting, yellow scouring pad solid.

As a testament to the power of science, I have included two of the same picture up so it looks as though you’re looking at them through a pair of binoculars. Because that’s cool.

One day I’ll write about other things. 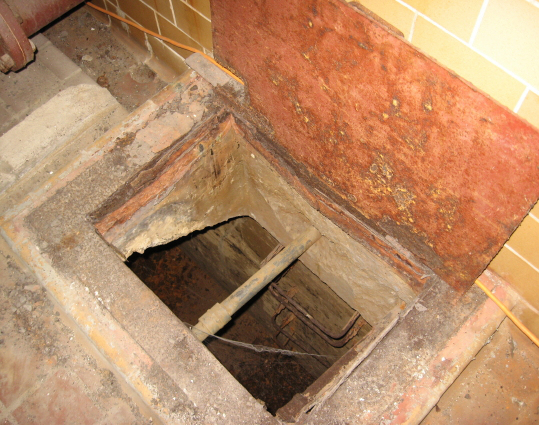 I opened the Character Hatch, I wanted to find the bell tower. How much harm could it do? It’ll be fine. Right?

Gentlemen, we have a crisis. Sexatronic – my oddly named neighbour and subject of a hit single by The Papples – is about to be evicted from her ground floor hovel overlooking Church Road.

I suggest you do as I have done and write to your MP (remembering to CC the Queen) demanding that the Government steps in to prevent this impending tragedy. 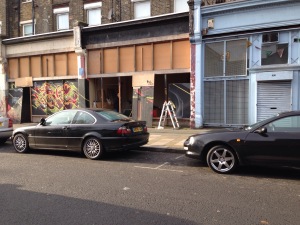