The modern world is an amazing place. I went to the kitchen a bit hungry, just hoping to peel a banana and let that squishy yellow mush satisfy my snack reflex.

But my banana had other plans. Look at this sticker.

“Visit my farm!” it says. Well, you’re damn right I’m going to visit your farm, Mr Banana. Let’s do this.

Slam those numbers into the Dole website and you can join me on a banana safari. Welcome to farm 10608, the Guapiles 2 Farm in Costa Rica. Here’s some Guapiles Facts.

So far, so absolutely brilliant. Obviously, the next thing I wanted to learn was the story of the grinning bloke at the top of the page, who obviously loves his life at Guapiles 2. I want to know whether he knows the other 203 people by name, and whether he gets involved in collecting, sorting, reusing or compressing into bales and recycling the farm’s plastic waste. I want to know how he feels about the ISO 14001 certification, and whether he thinks Guapiles 2 is ready for ISO 14002 yet.

We will never know the answers to these questions. It turns out that Pedro – he’s definitely called Pedro – doesn’t work at Guapiles 2. Smash any five digit number into Dole’s palace of lies and there he is, pretending he works at Perla 3 where it’s now 29 degrees celsius, or Zurqui C near Sarapiqui, or one of just 70 people working at the evidently very exclusive San Jose 2.

Pedro has let me down, an agent of Dole, purveyors of fantasies and ruined dreams. I don’t know what to believe any more. It seems crazy that I ever thought you could grow bananas in a place called Lemon. How foolish I have been.

I threw the bananas in the bin, and had a Twix instead.

If you’re like me, and you sometimes remember things, and you find that remembering things is fun, then you might remember that about five years ago I took a crab mug in to work and announced this tremendous news with the blog post crab in control, which to this day is often quoted by students of the language as one of the greatest works of literature composed so far this century.

Last month I brought the crab home for a deep clean, because the kitchen at work is minging. Its annual overhaul revealed the crab mug to be in a dreadful state. Its current situation is illustrated in these three damning pictures.

Given this irreversible damage, the crab has now regrettably been retired from active service and is now at the back of the mug cupboard here in Royksopp.

In its place, I have procured four new yellow mugs that I can use interchangeably and bring home more often to clean, on the basis that this is more hygienic, scouring pads will be unnecessary and I like yellow things.

I would like to take this opportunity to thank the crab for five years of diligent and faithful service, and wish it well in its retirement, by which I mean an extended period in the cupboard where it doesnt get used much because it’s gone all brown inside. Thank you.

Normally when we take a look at pointless purchases, it’s Ian who’s been pointlessly purchasing things, and I’m one of the smug onlookers who gets to decide whether to just feel superior or whether to mix the feeling of superiority with a bit of heckling. Today’s different. Today it’s me that’s spent my hard-earned London pounds on something useless.

Here we are, then. Thanks to the fan club mailing list, I offloaded some cash to pre-order this highly collectible limited edition picture disc vinyl of Flood, They Might Be Giants’ biggest album, which has been released to mark its 30th anniversary. It turned up in the post this week.

The B-side has frames from the music video for “Birdhouse in Your Soul” on it, so when you play the record it animates.

This purchase is particularly pointless because I do not have a record player. I cannot play this record. Nor do I need to; I’ve got Flood in my iTunes library and have had it for years. This is just for me to look at. I might even frame it.

It’s been a long, hot summer. Not only have I baked in the hottest temperatures the UK has ever known, I’ve also been overseas to two (2) foreign lands and experienced toasty warm days there as well. I’ve needed cooling down on a regular basis and, to get straight to the point, I’ve eaten a lot of ice cream.

Now, I don’t discriminate where ice cream is concerned. If there’s something cool and tasty to lick, I’m licking it. No argument there. But there’s a definite hierarchy of ice creams and some are quite obviously better than others.

We all know what’s down at the bottom: plastic pipes full of disappointing Ice Pops. And not very far above them comes Milk Pops. Beware, in other words, anything with Pop in its name. Up at the top of the tree, it has long been agreed among the Beans Massive that the Magnum is the pre-packed ice lolly of choice.

Having had a lot of Magnums and a lot of Soleros this summer, I’d now like to make the case for the Solero to be reappraised as a fruity frozen treat on a par with a Magnum. An equal. A peer.

I find it hard to believe anyone would not be swayed by these arguments. If, however, you need more to convince you, consider this: the Solero is now, as of this summer, established as the ice lolly of choice here in the Royksopp Penthouse. Both myself and Steve Stevingtons keep Soleros in stock at all times. The Magnum doesn’t get a look-in.

If you ask the question
About what is the best one,
The bakery transcendent,
The cakery resplendent:
I answer it with ease, take
Away your silly cheesecake.
Gingerbread and Eccles
Will meet only with my heckles;
Pineapple upside-down
Meet the deepest darkest frown.
You will find I have no time
For fondant fancy or key lime;
Though partial to a parkin,
There is only one worth markin’.
I tip my hat as witness
To the cake with all the citrus:
Lemon drizzle cake
Is the shizzle cake,
The finest there is,
Lemon driz
Is the biz. 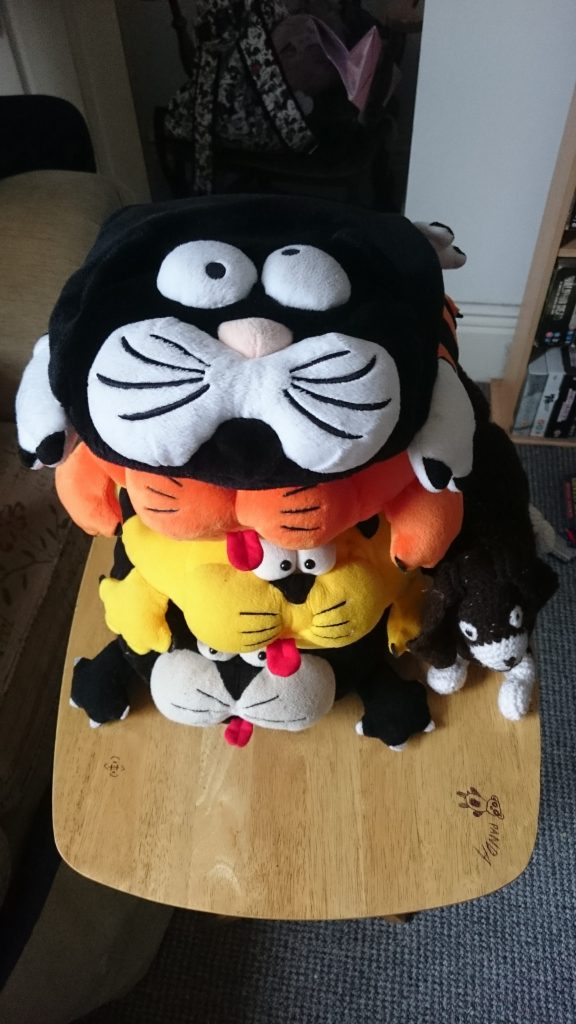 … When I woke up one morning, the sun’s rays met my whiskers and gave me a smile that could not be broken. When I awoke another morning, I felt these joys amplified because another one of our lost brothers has been found. Another kitty has been returned to the fold. Though he may flop more than the others, though he may not be as robust as those who sit above me, he is still one of us.

May you take this moment to love and understand the newest member of the Kitty Committee. May you speak fondly of him to your closest work colleagues and occasionally send him fan mail.

As always, we are always recruiting so if you wish to join for the pursuit of naps and purrs do get in touch.” 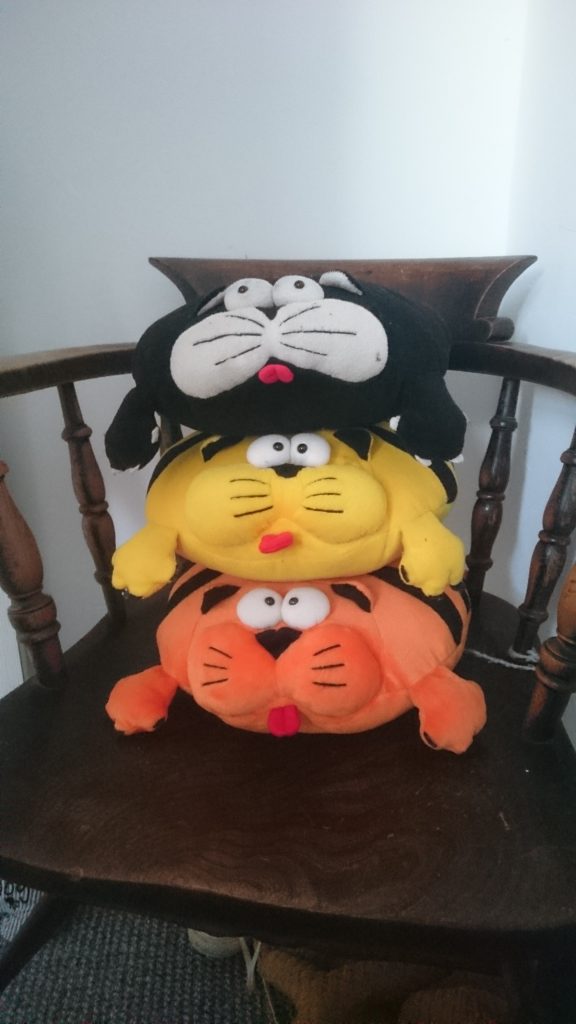 … take your seats for now is the time.

We three cats of the kitty committee hereby wish to speak to you about the joys of what you are missing by not being a part of our collective.

The first life was born in the seas. Through evolution, through great patience and time, they sprouted legs and set forth onto land. They changed gills to lungs. They swapped fins for paws. They grew fur to protect themselves from the harsh weather and the cruel landscapes.

What our ancestors did for us, without knowing it, was create a world full of life. Now we must embrace what we have been given.

Friends, whatever persuasion you may be, we wish you all to join the kitty committee. We promote frequent naps, frequent feeding and all the petting you may require.

Pouring Beans is the natural home of democracy. In years gone by we have witnessed landmark votes on key issues that have set the agenda for a generation to come: subjects like meat, socks and playground rides.

Today’s vote is the big one. History calls us. It is time to decide, once and for all, the best kind of chips. 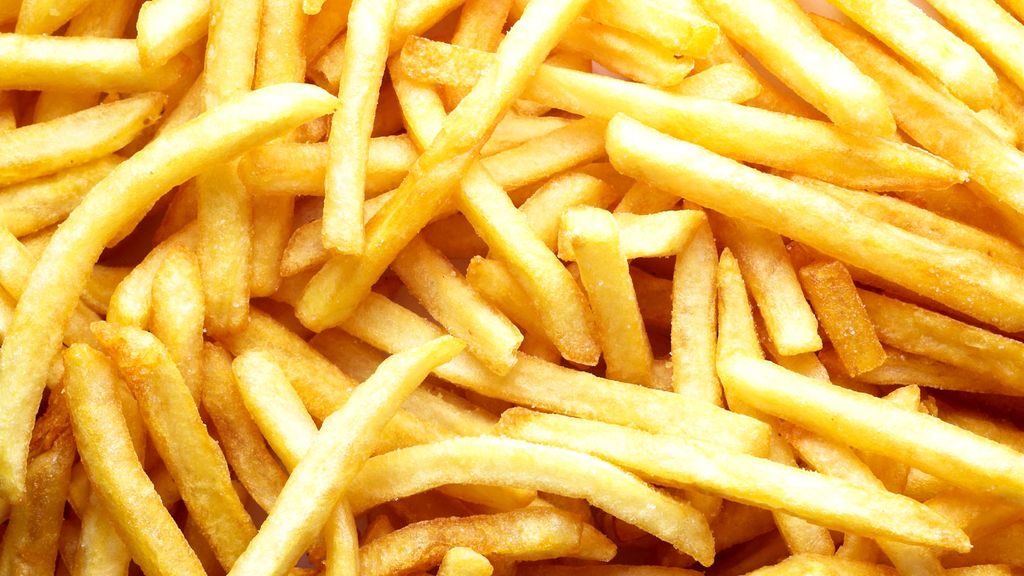 You can, and will, choose one of the following. Or another one if there’s any I’ve missed out.