New shock discovery by scientists set to change the world’s opinion of one of the most hated animals in existence; the wasp.

Wasps have somewhat of a reputation as a bit of a bad thing. What do they do? They get in your way, they sting you, steal your jam sandwich and run away laughing (or presumably, they don’t make a lot of noise). Now it seems as though the tide may be turning and their time in the sun is coming.

Scientists studying the animals in Bulgaria, in conjunction with ancient medical texts from Greece, have come across a startling revelation. It would appear as though the ancient Greeks actively used them in their daily routine and ‘face wasps’ were used to cleanse and tone. The book in question, ‘To anthrópino sóma: énas éfchristos odigós’ (or ‘The human body: a handy guide’) by Tony Agafya, details a recipe of clay, sand, ash and wasps which was apparently utilised to refresh on a daily basis. The user would cover a nest of yet more wasps in the concoction, transfer it to a small room (such as a cupboard), cover their face in honey and wait for the wasps to descend on them. Later advances in technology resulted in the ‘voúrtsa sfíkas’ or ‘wasp brush’, a small brush with around fifty wasps glued to it. The user would dip the brush in the mixture and apply directly to the face.

Originally when the text was translated in the 19th century it was thought to refer to ‘face wash’. This egregious error has put the human-wasp relations back several hundred years.

“It is quite an eye-opener,” said Melody Humbunkle, chief scientist at the Klonditch Klinger institute in Sofia, Bulgaria. “All this time we were using natural products to clean our faces when one of the main ingredients was missing. This will change everything.”

Since the report was issued, the major skincare companies have been scrambling to develop the first product to incorporate wasps as an active ingredient. Representatives from Lancome, Garnier and even Johnson and Johnson were seen desperately bidding for wasp farms on the open market, a market which was once seen as lucrative and pointless.

“The ancient practises of the Greeks are merely a starting point; we do not advise the public to start smothering their chops in sticky substances in the hope of attracting wasps,” remarked John Disspale, regional secretary for the department of Health and Social Care in the UK. “It would be best to wait for a safe product made by a professional company.”

Specialists predict that even with the lockdown in place, the first wasp face wash will be available on the high street within a month’s time.

As close friends of mine, you’ll know I have been battling a devastating addiction for many years now. A horrible, destructive dependency on snifters, which has alienated my family, cost me my livelihood and brought me to the very brink of financial insolvency.

The good news is that I’m making progress on kicking this disgusting habit. Unfortunately, as every addict knows, weaning yourself off will only take you so far. Sooner or later you have to go cold turkey. But if I try that, I might just never breathe again. I need some other breathing aid to see me over the difficult transition to snifterlessness. I need snifter methodone.

The recommendation I got from a professional medical person was a saline sinus swasher (possibly not its official name, I can’t remember). I gave it a go yesterday. Let me tell you what it’s like.

There are 60 sachets of weird powder stuff so I can use this thing several times a day, but so far, I haven’t yet had a second go. Ditching the snifters is going really well.

I’m starting a new business venture and this is your chance to get in on the ground floor. Here’s the pitch.

Designer diseases are going to be the next big thing. Here’s how it works: influencers are everywhere now, filling up Instagram with their poses and getting lots of sweet corporate sponsorship on Youtube. What they’re missing is the human angle, something to pull on people’s emotions. Enter the designer disease.

We will offer a full 360-degree customised bespoke personal consulting service where we will offer a choice of designer diseases and infect the influencer with their choice of ailment. We then provide the tools and resources for the influencer to splash their horrible illness all over the ‘gram, soak up the sympathy and massively up their likes.

Already, Kendal Jenner (is that one of them?) has signed up for a package we’re calling “The ‘Roids”: painful hemhorroids form a distinctive grape-like package that’s visible through lycra and gymwear. We suggest using pile cream as a stylish but challenging form of face paint.

On Sunday I turned 33 years old. I was expecting the grey hair, the wrinkles and the sudden loss of control over my bladder, of course. Incontinence comes with the territory.

What I wasn’t expecting on turning 33 was a rather sudden transformation into a dinosaur. Green scales, yellow spikes down my back, the works.

I’m not sure what all this means for my career or my personal life, but I’m certainly enjoying getting to grips with my new-found skills in roaring, stomping on things and basking on warm rocks.

I’m not very into musicals. The whole idea of spending two hours watching people burst into song every five minutes, quite frankly, gives me palpitations of a rocky and unnerving manner that no amount of marshmallows can settle. It seems as though a lot of subject matter has been turned into musicals, both in the theatre and also in cinema.

Even Spiderman has been turned into a musical. My friend Steve took a trip to New York a couple of years ago and paid a hefty price to watch ‘Spider-Man: Turn Off The Dark’ which, apparently, has music and lyrics by U2’s Bono and The Edge. Which is just unbelievably crazy. I mean it is. Without even dwelling on it, that’s bonkers.

So what next? What will people look at and think that choruses and choreography can improve, that falsettos and furnishings can dazzle? It got me thinking though which, as most people will know, that’s generally a bad thing. Why not turn the spotlight on someone who I personally believe requires a bit more attention? One of those underdogs who never quite got the recognition that they deserve? Cast your mind back to Year 10 history, pull up a chair and listen to the story of good ol’ Bob Koch.

Robert Heinrich Herman Koch. Born 11 December 1843. The guy was so smart he taught himself to read and write before he started school. His research helped to identify the specific causative agents of tuberculosis, cholera and anthrax. I may be copying these details direct from certain wiki I mean certain websites but I deal in facts and not speculation. The man did a lot for medicine and microbiology and yet other than a statue in Berlin his name is relatively unknown.

Enter me. Amateur script writer and overall champion of the unappreciated. I think I’ve got the moxie to write a full play based on his life, with a dash of songs sprinkled generously over the three hour running time. I’ve been working on one this afternoon and I think you’ll agree that it has got something going on. I give you ‘Great Postulates!’:

It’s very simple, it’s on your tongue
I’ve got the recipe for an evening of fun
Down at the lab, test tube in hand
No time to dance, put down your jams

My report is imperative you see
It sets out what is necessary
To identify cultures, disease causing organisms
Those dark little things that mess with your rhythms
I’ve put pen to paper so read it loud
Something to make my country proud

I’m clearly onto a winner. If you would like to buy some shares in the production then please put some money in a brown paper bag and leave on my doorstep. Shares will be posted to you within 30 days.

This morning I went to an establishment called the Soul Stop Café.

I ate breakfast there and had a cup of coffee and then, enjoying the ambience, I stayed a while longer to drink some tea.

It was only after leaving that I realised the terrible threat in the café’s name. Presumably, as a result of visiting and consuming their food and drink, which must have been treated in some way, my soul is going to stop.

If there is anyone here with a medical background, I urgently need to know what will happen when my soul stops and whether it’s possible to restart it. I am pretty worried here and I’m not sure if I should call an ambulance, so please respond as soon as you can. Thanks.

Many of us will be aware that Mr Chang, one of the regular Beans dwellers (you may take “regular” to be a fairly loose term in this case), has recently made a baby. At this early stage we should assume its name is “Changlet” until there is firm evidence to the contrary.

I have never made a baby, or looked after one for any significant length of time, so I am ideally placed to dish out some useful advice on the upkeep and maintenance of this new baby.

I believe that’s more or less everything there is to know about babies, but in case I’ve missed anything out, I’d like to invite other Beans contributors to suggest their own baby maintenance tips below.

Everything gets reviewed these days, from mobile phones to toilet cleaners, so it seems only fair that The Papples latest body of work should be included. 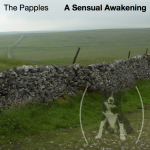 Sarah and I sat down this fine evening to give ‘A Sensual Awakening’ a good going over, and decided that rather than use lots of words to accurately convey how we felt about each song, we’d do a two word review.