Let’s unpack March and screw it together with this important ethical dilemma.

Frog and Kitty are clearly comfortable with their unorthodox relationship. But what’s the basis of this? Does Frog really think Kitty is delicious? Or is there something else going on, something deeper? 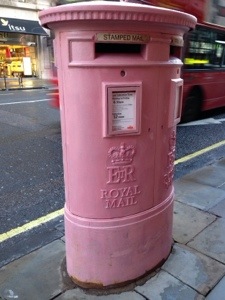 For too long, posting letters and other items has been the preserve of the heterosexual. Outdated Victorian rules dictated that homosexual post carried a dangerous residue and it was too risky to allow it into the postal system.

Of course, science disproved that many years ago, and now the Royal Mail are catching up. New Gay Postboxes are springing up everywhere, allowing people of all sexual preferences to enjoy the sending of items nationwide.

It is with great pleasure that I am able to announce that heretofore and thereafter, notwithstanding that which is foregone, the Pouring Beans Bean Counter has been updated pursuant to the agreement reached at the Second New Beans Conference on 14 February 2014.

The resolution passed unanimously by the Committee at this important event was that the Bean Counter rules should be revised such that:

This having now been enacted on the Right Holy and Most Worshipful Beans, I retire and remain, sirs, your most humble servant,

Generally speaking, I like words. Many words are lovely, like “frisky” and “solitude” and “rescind”, and I would tuck them up in bed every night and kiss them tenderly on the forehead if I could.

There are other words that sound wrong. Awful-sounding words that leave a nasty taste in my mouth. Words I wish I could replace with something else so I never had to say them again. Words that come back to haunt me, time and time again, words I cannot escape from.

In this post, the first of an important new series, I will bang on at length about words I don’t like. There will be more later. Feel free to add your own.

This word is almost always used in reference to food, but it doesn’t sound like something I want contaminating my lunch.

You can’t say this without sounding like you’re a bit posher than you are. You can’t say this without it sounding like you could have said something more conversational, as if you’d just said “crestfallen” when you meant “sad”. Except there’s not much else you can say, there’s not a straightforward conversational equivalent. Serving? Helping? Load? They all have their place but there’s some situations where only portion is right.

That’s how it gets you. That’s how you can’t escape. At some point you’ll want a bit of food and the word portion will arrive, ugly and aloof and inevitable, and you’ll have to eat your food with the nasty taste it left behind. Ugh.

I’m delighted to announce that a brand new album from the world’s favourite band, The Papples, is on the way very soon. It will be their first new music since 2011’s “Pop Squared”.

Their fourth studio recording is titled The Eponymous Album and features an exciting collaboration with reclusive genius Kevil.

The full track listing was leaked to Pouring Beans earlier today and I can exclusively reveal it here.

The Papples themselves were unavailable for comment but are believed to be planning a major world tour.

Would you like a delicious drink of Perky Penguin? 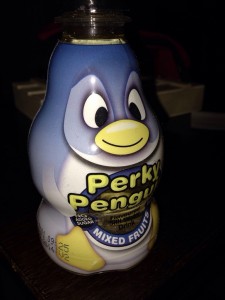 Now that the New Beans has launched, we clearly need a new slogan to advertise this significant new public service to the masses.

I know we had a great slogan before, on the original Pouring Beans site – “Taller than fourteen owls on a ladder and twice as elegant” – but I don’t think it really sums up what we’re about these days.

I’d prefer something simpler, for the short attention span of the internet age. My proposal is just “&”. It’s clean, simple, conveys our core values and it’s totally unique. It also doesn’t take long to type.

If you have any alternative proposals for our new slogan, please post them here. 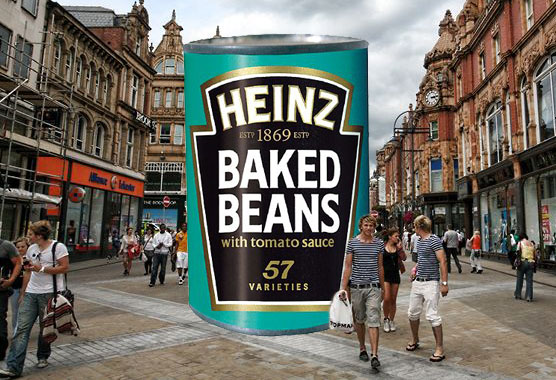